Designed to generate only small levels of torque and rotation when loaded. Designed without any rope core. The outer strands have an extremely long lay length and therefore almost no tendency to start to rotate under load.

According to VDI 2358, a wire rope is semi rotation-resistant when: "the wire rope which turns around its longitudinal axis when subjected to unguided load and/or hardly transmits a torque to the attachment at the end in the event of guided rope ends. 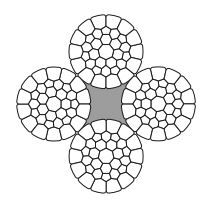 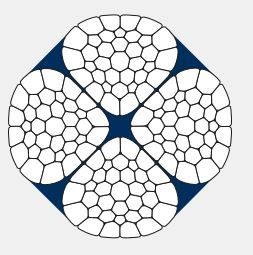